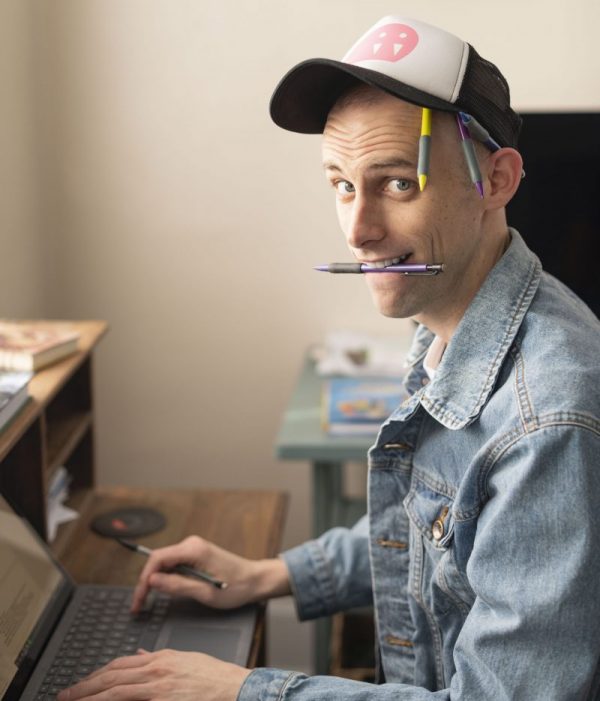 Happy book birthday! This second book of yours bears quite an impressive title! Give us a taste of what Jonas Hanway’s Scurrilous, Scandalous, Shockingly Sensational Umbrella is all about.

Thank you! Jonas Hanway’s Scurrilous, Scandalous, Shockingly Sensational Umbrella (*pauses for breath* it is a long title!) tells the surprisingly true story of Jonas Hanway, an English gentleman, traveler, writer, and philanthropist who lived in the middle of the 18th century. He was known in his day for writing dry and didactic books, founding the charitable Marine Society, and campaigning to put an end to child labor, but it’s possible he would be unknown to us today, save for one eccentric blip on his resume:

He is credited as being the first man to carry an umbrella in London.

Now, whether or not he was actually the first is unknown, but it’s clear that he was certainly the first man of reputation to do so, and his reputation suffered for it. People were shocked that an English gentleman would carry around one of those ridiculous (read: French) accessories. They laughed and jeered at him and the cab drivers hated him so much (for threatening their business) that one of them tried to run him over! But Jonas was a stubborn man, and even though it took thirty years of persistent “brollying” to end the bullying and see it catch on as a British necessity, he never wavered.

This slice-of-history picture book has already been named a “Junior Library Guild Selection.” Just how did the idea of Jonas Hanway’s …Umbrella come to you, Josh? Do you remember your lightbulb moment?

I was at the SCBWI summer conference when a friend (whom the book is dedicated to) sent me an article from Atlas Obscura about Hanway and his offensive umbrella. I couldn’t resist! There was just something about the stodgily stubborn character of Hanway that appealed to me, and the idea of an umbrella being shocking (especially in a rainy country like England) amused me to no end. I contacted the writer of the article, Michael Waters, who generously pointed me to some sources. I read everything I could, then sat down to write the manuscript. More than anything, I wanted it to read like a humorous and entertaining story. Words popped into my head like headlines on a newspaper. SCURRILOUS! SCANDALOUS! SHOCKINGLY SENSATIONAL!

Once the manuscript reached a place I felt good about, I researched agents and sent out queries. Painted Words liked it enough to sign me, and from there, we sent it to Page Street Kids, who had published my first book. There, Kristen, Allison, and Courtney helped me edit and improve the prose. They also sent me suggestions for a potential illustrator, and after studying the portfolios, I begged, “OH MY GOSH, can we please please please please please please get Eileen Ryan Ewen????”

Eileen was the perfect illustrator for the book. She had experience with period pieces, and a background in portraits, which meant she could fill an entire city with people and make each of them look fresh, alive, and distinct. In one spread, she fills a London street with golden windows and each is bursting with humanity: siblings waging a pillow war, a host of taverners belting out a song, a girl putting her hand prints on the windowpane. Later in the book, she creates a breathtaking ocean spread, reminiscent of rococo art, that includes a mermaid with an umbrella. A MERMAID WITH AN UMBRELLA, Y’ALL.

How wonderful! Does this book follow closely on the heels of your first book? And how does it differ from your debut?

My first picture book, Oliver: The Second-Largest Living Thing on Earth, was published a year and a half ago, also from Page Street Kids. It’s a fictional story about a jealous sequoia tree, so retelling Hanway from history was a different type of project. But even though Oliver is fiction, Sequoia National Forest is a real place and there are facts about sequoia trees in the backmatter. Likewise, even though Hanway is nonfiction, I took great pains to make it read like an entertaining story.

Have you always considered yourself a writer? What spurred you to pursue this path professionally? What other fields do you work in (professionally or otherwise)?

I never defined myself as a writer when I was a kid, but I was always working on creative projects, whether writing a story, drawing comics, creating stuffed animal television shows with my brother, or putting on a magic show as the Great Crutini for my parents. In college, I studied film production, and I moved to Los Angeles to be a writer and director. After several years of being more “starving” than “artist,” I reached a breaking point. At the time, I was working in the children’s department of a bookstore and tutoring kids in writing, so I decided to try my hand at being a children’s author.

(The Great Crutini sounds like a potential picture book title…!) So when did you finally break through as a children’s author? What were some pivotal moments for you?

My “break” came about with Oliver: The Second-Largest Living Thing on Earth.

I met Oliver while on vacation with my family in Sequoia National Park. We were admiring the General Sherman Tree, famous for being the largest living thing on earth, when I noticed another sequoia, just off to the side, who wasn’t that much smaller, yet nobody seemed to care about him. Was he jealous being next to such an illustrious neighbor? The first eight lines of the book popped into my head and I typed them into my phone before I could lose them.

When I finished the first draft, I thought it was terrible! So, I set it aside and moved on to other projects. A few months later, I asked a published friend if I could get coffee with him. I almost didn’t take Oliver because I thought it was so bad, but at the last second, I stuffed it into my backpack. After looking at the first couple manuscripts, he was pleasant, but not very enthusiastic. Then I said, “Wait, I’ve got one more.” He read Oliver, and the air changed. “Keep working on this one,” he said.

The second breakthrough was when I worked up the nerve to show Oliver to an editor friend, who liked it and offered to pass it on to her peers. And finally, there was the moment when I talked with Page Street and they told me they’d like to turn Oliver into a book.

What kinds of books do you like to write, in general? Are there other genres you would like to explore in the future?

I find inspiration everywhere, but I particularly like books full of fantasy, adventure, history, mystery, friendship, and humor. And if I find something that combines these things? WELL…! I’ve only published picture books so far, but I’d love to write a chapter book series, and I’m currently working on my first middle grade novel.

What does a typical day in your life look like?

I’ve got a 9-to-5 job to pay the bills, so to write, I have to get up early. I usually wake up, brew coffee, and read something. Then I write in the time left before work, or in the evenings, or on Saturday. I’ve also got a writer’s group that I meet with once a week.

What feeds your creativity as an artist? Or helps you when you’re feeling stuck?

I go on lots of walks! Two of my writing heroes, C.S. Lewis and J.R.R. Tolkien, were also walkers. Lewis was a charger, preferring to hike full-speed across the countryside, while Tolkien was a meanderer, stopping often to look at the bugs and plants. I have a bit of both inside me and the two are often at war with each other. I also read lots of books, with topics varying all over the place. I read every morning, which helps keep the babbling brook of words, stories, and ideas flowing through me. If I’m not reading, I feel like a stagnant swamp with no inlets or outlets.

What advice would you give other creatives?

Sometimes, it can be a mistake to care too much about a project. I’ve gotten in real trouble, playing mind games with myself, putting so much pressure on each page, each sentence, each word, that I can paralyze and confuse myself and begin missing the forest for the trees. In these instances, I’ve had to force myself to lessen the stakes on the project, and just allow myself to be silly, to make mistakes, and to have fun with it. When I make myself do the work for the work’s sake, I do better work. This advice probably isn’t for everyone, but there may be one person out there like me who needs to hear it.

Your second publication is about to enter the world! What’s next? What do you still hope to accomplish?

I’ve got a couple more picture books on the way from Page Street Kids, which is very exciting! Aside from that, I’m always working on new ideas and I’ve been chugging away at my first middle grade novel. I would also love to write a chapter book series but have yet to land on the right character. And of course, if Edward Packard wants to collaborate on a new Choose Your Own Adventure series…hit ya boi up.

Got it, haha! Any promotional events where we can look forward to meeting you?

Unfortunately, the coronavirus has cancelled the book launch event that was planned. I’m hoping to do a few virtual events, but no details as of yet.

Well, I hope that this interview helps a bit in spreading the word about your new book. Thank you so much for spending time with us, Josh! Here’s wishing you ongoing success!

So many author events and book launches have been cancelled due to the current pandemic. Help author Josh Crute today by ordering his new book at any of the links below. (IndieBound helps you order directly from your local independent bookstore, which could surely use the support as well!) 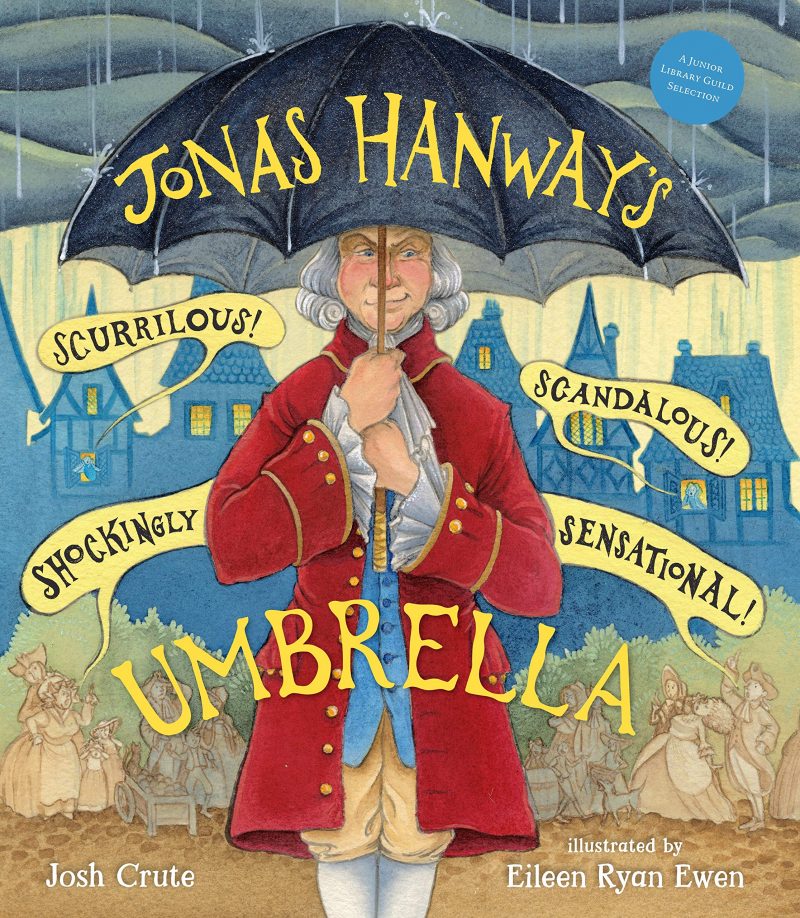 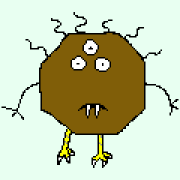